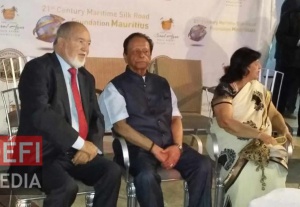 According to the Seychelles Tourism Board (STB), by the end of the year Seychelles would have received 300,000 visitors and that this could climb to a higher level next year.

However, in this morning issue of the Seychelles NATION (Thursday 15th December), it is announced that the Cabinet yesterday considered a report recommending a moratorium on new and large hotel establishments as well as the need to consolidate the quality and standard of existing establishments – even suggesting that there should also be limits on smaller scales developments. Is there a suggestion that the Seychelles are reaching a saturation point with respect to its overall tourism development potential?

Of course, the Seychelles have to interpret its overall tourism policy within the perspective of what is not only idealistic but also realistic in the context of its circumstances and small population.

The big point to recognize at this moment is that the world is only now starting to partake of the collective potential of all the islands of the Western Indian Ocean. Whilst Seychelles, La Réunion, Mauritius and the Maldives have been successfully engaged in tourism development over the last 25 years, developments have remained relatively stagnant in the big islands of Madagascar and Sri Lanka because of a lack of infrastructures due to internal political turmoil and unstability.

However, ‘stability’ appears to be on the horizon at this time and various plans are being considered to realize the immense potentials of tourism development and other potentials in these larger islands.

Ten days ago I was in Mauritius sharing a platform with Prime Minister H.E. Sir Anerood Jugnauth when he availed of the opportunity to deliver a major address on his Government’s tourism policy underlining that the key to success was the partnership between the government and the private sector – “My government will continue to nurture and reinforce this partnership to address new challenges and transform adversities into opportunities to sustain the growth of the sector, which is critical to the realization of my economic vision of transforming Mauritius into a high income nation.” As a matter of fact, the Prime Minister outlined, “Tourism at the moment accounts for 120,000 employees in the industry, within a space of 35 years visitors arrival have grown from 115,080 in 1980 to 1,151,723 in 2015. The tourism receipt brought in a record of 50.2 billion rupees. In 1980, there were 43 hotels in Mauritius. There are now 155 – constituting a total of 13,617 rooms.”

On the verge of this conference, I met on several occasions H.E. Roland Ratsiraka, the Minister for Tourism of Madagascar, from whom I learnt that with newly found stability, the nation is now succeeding to attract massive investments to develop its various potentials and its tourism industry. Construction will soon start with the build-up of a modern airport in Antananarive and other airports in different regions. In fact, following the Francophone Summit which was held in Antananarive on 22nd November, 2016, UNESCO has just hosted a meeting in Paris where investors of the highest order have expressed their interest and willingness in investing in various sectors of the economy in Madagascar and indeed in tourism.

This year Seychelles has won the World Travel Award as the top honeymoon destination in the world. In the past four years, this revered recognition went to Mauritius. This should not make Seychelles believe that it can sit on its laurels of achievement nor that it should adopt a competitive attitude towards Mauritius. In fact, Mauritius, Seychelles and La Réunion should benefit from the Vanilla Islands concept and work alongside each in a complementary way whilst assisting the tourism development in Madagascar and Sri Lanka in a win-win situation for all parties.

Mauritius is not unconscious of the advantages Seychelles have enjoyed by Air Seychelles entering into a partnership and codesharing agreement with the powerful and forward-looking Etihad Airways. In this case, Mauritius is itself at the moment, in active negotiation for a similar type engagement with Air Singapore and likewise is Air Madagascar engaged in discussion with Air Malaysia.

Two days ago, I was in Colombo, Sri Lanka, to receive the Lifetime Achievement Award of the Global Energy Parliament and had the opportunity to meet with the Prime Minister of Sri Lanka, H.E. Ranil Wickremesinghe and the Speaker of the National Assembly of Sri Lanka, Hon. Karu Jayasuriya. The country is moving ahead with tremendous energy and there again, tourism which is considered as the second most important factor in world trade, is being given top priority. At the moment, the shoreline of Colombo Harbour where most of the five-star hotels stand, are seeing a massive land reclamation for a multi-billion dollar complex being financed by the People’s Republic of China.

Seychelles should not envisage to be the most important destination in the overall Indian Ocean tourism constellation but it can envisage to become and to remain the brightest star in this constellation provided it can maintain its internal stability by succeeding to bring about a situation of all political parties support in areas of vital national interest.

As for the Seychellois people themselves, they will benefit tremendously if they were to remember the value of time; the success of perseverance; the pleasure of working; the dignity of simplicity; the worth of character; the power of kindness; the obligation of duty; the influence of example; the wisdom of economy; the virtue of patience; the improvement of talent and the joy of originating. If this is the case, the Seychelles could indeed consider itself to be the brightest star in the Indian Ocean tourism constellation. So let us aim for the sky.